What's on   All events
Opening of the Gaida Festival

Opening of the Gaida Festival 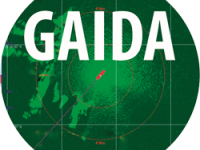 Tonight’s main players are men performing works composed by women. Das Gastmahl während der Pest (Feast During a Plague)by Sofia Gubaidulina, possibly, the foremost Russian composer, based in Germany, was premiered under the baton of Sir Simon Rattle in Philadelphia in 2006. The highlight of the evening will be Part One by Hanna Kulenty, an internationally acknowledged Polish composer, orchestral authority, and a guest-composer of the GAIDA festival. Ugnė Giedraitytė and Rūta Vitkauskaitė boasting not only world premieres, but also distinguished soloists will represent the young generation.